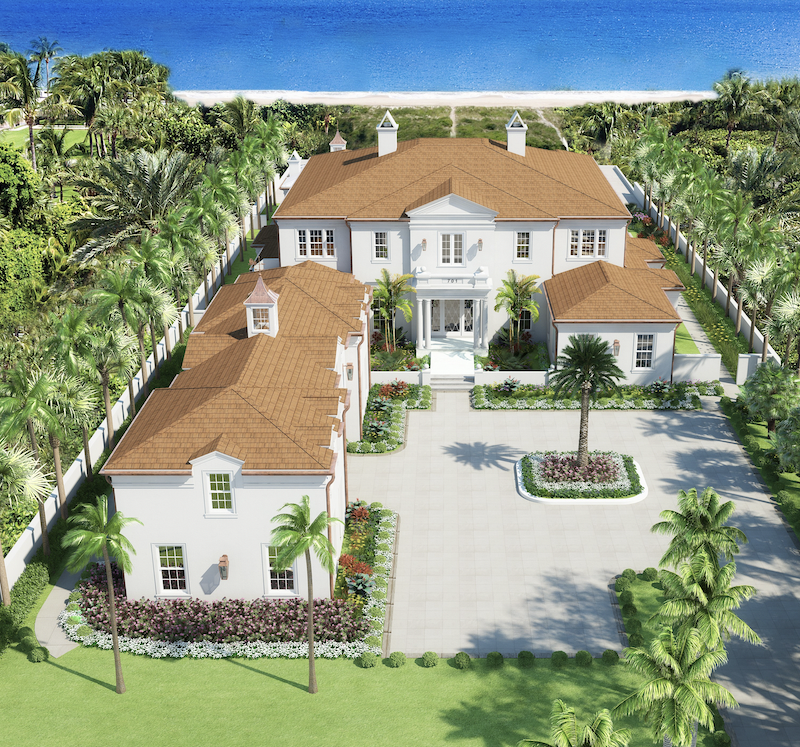 The Pascal Liguori Group is pleased to announce the acquisition of a potentially record-breaking listing in Delray Beach, Florida to date. This under-construction spec house located at 701 S Ocean Blvd plans to hit the market for $58 million after completion later this year. If it sells for close to its asking price, this under-construction spec house will set a record in the area.

This grand oceanfront estate offers approximately 1.2 acres with ~120ft of beachfront and boasts nearly 17,000 sqft. The epitome of grandeur, this white-stucco mansion is designed to withstand the Florida weather, as well as accommodate humidity and rainfall with enclosed outdoor lounge spaces and salt-tolerant grass featured in the landscaping.

Developer  Mark Pulte of Mark Timothy Homes recently sold a record-breaking spec home for roughly $122.7 million in Palm Beach County, Florida last year and plans to set another record in Delray Beach. Upon completion, the estate is slated to be sold completely turnkey, from deluxe furniture to a fully stocked bar.

With world-class construction, luxury finishes, exquisite design and an unrivaled location, this South Ocean Blvd masterpiece will be ready for a new owner by 2023.

The Pascal and Liguori Group is an established authority when it comes to luxury realtors in South Florida. Among their $2.1 billion career sales includes several other South Ocean Boulevard listings: 1660 S Ocean Blvd which sold for $38.875 million and 1400 S Ocean Blvd that sold for $28.2 million.